Info: This is the Fender Mark Knopfler Signature Strat with the serial number SE 00000. It is  not the prototype, in other words not the very first one that Fender made when Mark and them designed the MK signature model but probably one of the very first (or the first) with the final specs.

On the 2008 tour this guitar was used for What it is and Sailing to Philadelphia and was strung with 010 strings. It is likely that on tours before and  later  the same guitar was played on these songs again.

As far as I can tell all on this guitar is stock and has the same specs as the MK Signature Strat you can buy: Texas Special pickups, ash body, hot rod red finish etc.

Mark has several of his own signature model so it is often difficult to tell which one is which, check out this blog post for more info on this. 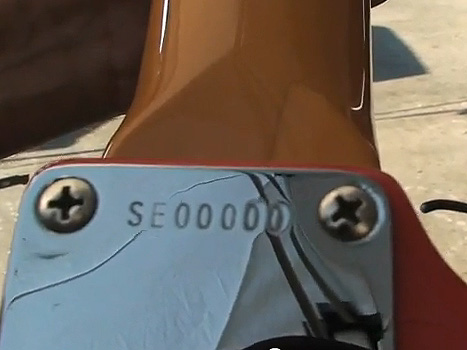 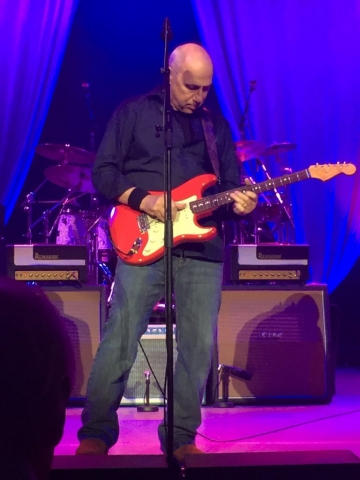