There is no information available on the body wood. It is likely that the body id made of one of the exotic woods Schecters were famous for (e.g. mahogany, koa, imbuya, shedua, walnut,…) instead of the normal ash or alder (which however Schecter offered as well).

Schecter produced untapped (F520N &  F521N) and tapped (F520T &F521T) Telecaster pickups and it cannot be tod with certainty which are the ones in this guitar. I asked Jack Sonni who thinks the guitar had the push/pull potis to switch between tapped and normal, so it is likely to have the tapped pickups (F520T & F521T) – besides most Dream Machines came with these pickups.

However, normally Mark has the controls pushed in on stage – I have never found a picture which really allowed to tell that the controls were pulled out. With pushed in controls, the pickups are switched to the full coil. The sound with the full coil is much beefier than with the tapped pickups which makes it ideal for rhythm riffs like on Walk of Life.

Most of the hardware – especially the bridge – is made of brass on all Schecter Dream Machines – this is very important for the Schecter sound. The pickguard is white enamel aluminium.

The guitar was used for Walk of Life on both the album and on stage, but also on the Aztec Camera album that Mark produced in 1984 and on the Cal soundtrack. On stage he played it on When it comes to you with the Notting Hillbillies, or on Canibals on the 2008 tour. 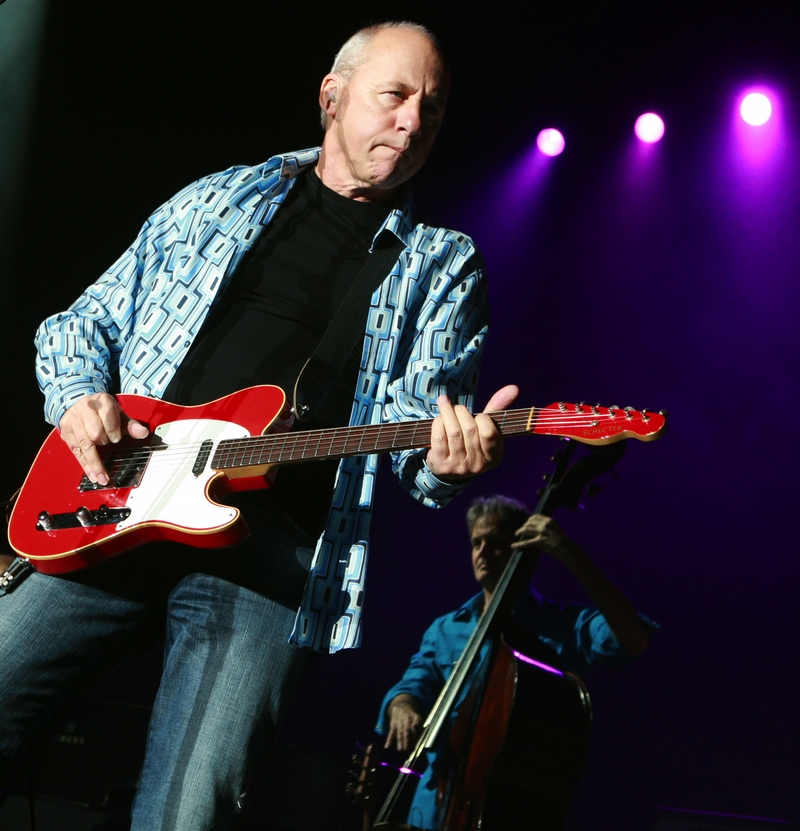 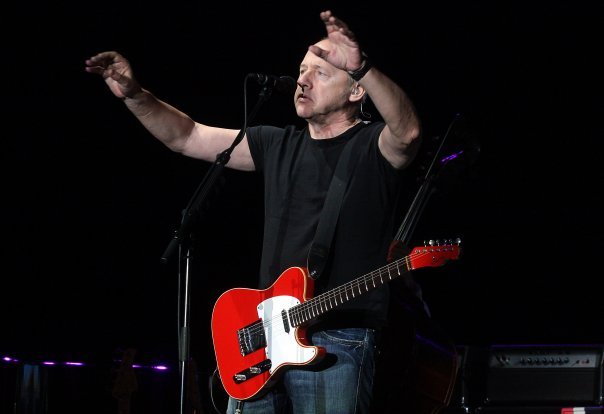