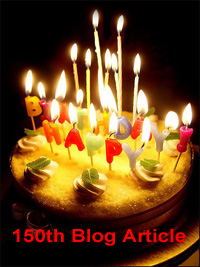 For all who don’t know this part – it is only available on several unreleased bootleg recordings -, here is a sound clip (I am sorry for the bad sound quality). To recapture the mood of this section, you should play it *loud*!
(Note that you can click  on the blue position bar of the player to jump to any part of the clip)

On the Making Movies album, Expresso Love ends on a 4 bar pattern which is repeated until the song is faded out. This pattern goes like this:

On stage they added  eight bars over a C major chord after this pattern (0:12) . Note that the pattern above already ended on the C chord at the beginning of the last bar, so adding 8 more bars of C should have resulted in 9 bars. Instead, the last bar of the pattern was omitted so that the new part (8 bars of C) started directly after the Bb chord. Doing so the beginning of the new part was highlighted.

Next (0:24) after these 8 bars of C, the chord progression jumps to E major for the next 8 bars. This is totally out of the harmonical context of Expresso Love (which is in the key of D minor), neither does it fit to the previous C chord (If you want to learn more about which chords have a close relationship and which not, refer to this blog post about the circle of fifths). Again, such a sudden transition to an unexpected chord created a moment of surprise. Knopfler – who played the complete song with  a plectrum by the way – added various chord licks over these E chord bars.  The feel and the sound of this part strongly remind me of Bruce Springsteen’s E-Street band of this time – in fact Knopfler was obviously heavily inspired by them around this era (note that Springsteen’s keyboard player Roy Bittan played all keyboards on the Making Movies album).

Next (0:36), they played four bars over the B minor chord (Bm) – which is already the key of Down to the Waterline. Now we understand the role of the previous E major chords as it is the subdominant chord of Bm and thus naturally  resolves to Bm.

At this time it becomes necessary to reduce the high tempo of Expresso Love for a smmoth transition to the Down to the Waterline intro. For this reason, the tempo gradually decreases for the next 8 bars which run over the following chord pattern (0:42).