With this blog post I want to introduce my latest product – the iSound-ST. The what you might ask? The iSound-ST is a rotary switch that is thought to replace one of the controls of your Strat, normally one of the tone controls (I recommend to make the other tone control a master tone control). It mainly changes the Strat’s behaviour when you put your 5-way switch into the 1&2-psotion (bridge & middle pickups), enabling new in-between sounds, plus some more.

What was the idea behind the iSound-ST

I came up with the idea some years ago. In a way it has to do with the mysterious black volume knob on Mark Knopfler’s Dire Straits Strats. From various pictures I knew that he did not have the original poti in his Strat (he had one with a solid shaft instead of a split-shaft) so there was a need for a new knob since the original would not fit anymore. The other thing I always felt was that especially his 1 & 2 sound was somewhat different from a normal Strat. This might be nonsense but I know of many others who feel the same. So I said to myself “What if the black knob (and the replaced poti) is not just a different knob but a hint to some modification of the guitar circuit?” In the seventies when he go his Strat such modifications were really common.

I took one of my Strats and  led out all pick-up wires to outside of the guitar. This way I could easily experiment with all kinds of circuit modification, like different pickup combinations and more. As it seems Knopfler’s sound at the positions 3 and 2 (neck alone, middle alone) was “normal”,  I was searching especially for modifications that affect the sound in the 1 & 2 position. In fact I found many interesting and good new sounds, and some of these seemed to be closer to what I was after than the normal Strat sound. Others gave me totally new sounds that also seemed very handy to me, e.g. the option to get sounds as fat as a humbucker pickup from a Strat, and all these were passive sounds, no active mid-boost, no battery was required.

Next task was a way to get these sounds without having to rewire cables outside of the guitar. One thing was a must for me: the look of the guitar should not be changed, and I wanted to keep all the original Strat sounds as well. I found that it was possible to achieve this, the answer was … the iSound-ST.

The iSound-ST is a rotary switch with 4 positions, in each of these the 1&2-psoition sound of your Strat will be different (in fact it will be warmer or fatter the more you turn it anti-clockwise). At some positions it also changes some other sounds of the Strat (e.g. when using the middle or bridge position of the 5-way), but at one position of the iSound-ST – the ’10’ position, all turned up – your Strat will still behave as it did before, so you’ll lose nothing, just win new sounds.

After some time of using it I forgot to wonder if Mark Knopfler might had something similar in his Strat or not because I liked it so much. In fact you always heard it on most of my youtube videos, I think I really never used the ‘normal’ 1&2 position sound. So the ‘i’ in iSound might stand for your individual sound, or for Ingo’s sound. And I have it in all of my Strats (except those with the Schecter-style pickguards since these allowed many pickup combinations anyway).

Chances of a modification in Mark Knopfler’s Sultans Strat

Today his red ’61 Fender Strat has the normal white volume knob again, and his other red Fender Strat (the one with the maple fingerboard) was given away for some charity some decades ago, so there is no option to find out details of his guitars then anymore. In a Guitar Player interview he said that both of his Strats were stock (except the DiMarzio pickup in one of these). On the other hand, he got it 2nd-hand about 1977, it it imaginable that he himself was not even aware of a circuit mod (I think I heard something similar about Chris Rea’s red Strat who also found out years later that his red Strat had been modified all the time). Or he simply did not want to tell about it, remember, in the late 70ies he was new on the scene and his unique guitar sound was really one of key elements of their success then. Would you have told the world about a sound secret if there was really one?

Some years later he said in another interview: “I liked the 3-way switch better than the 5-position; it had a better sound. But I kept knocking it out. I have a 5-position switch on the Strat now. The roadies are always pulling bits out and sticking things in.” This indicates that he maybe was not always aware of what was in his guitar. One thing is sure: a 5-way switch cannot sound different from the 3-way, it is exactly the same switch with just an added notch to make it rest more stable at the in-between position! Maybe the roadies also changed something else here except replacing the switch.

Another detail: he had the black volume knob, and two normal white knobs. Have you ever noticed that these two did not say ‘Tone’ as they normally do, but the middle one says ‘Volume’?

And finally, he got a solid-shaft poti (or even switch?) in both of his red Strats at that time.

It seems we will never know all details behind those early Dire Straits sounds. I for myself stopped worrying about possibly modification of his guitar since I love the iSound-ST in my Strats. This is what matters for me. I get warmer sounds and can my Strat even make sound fat – very fat. I played Money for Nothing and Brothers in Arms with cover bands on my Strat, and I missed nothing.All in all, the iSound-ST gives you six new sounds, in addition to the normal five sounds of a Strat, so you will get 11 sounds from a Strat.

In some of my Strats I also added a second mod that is described in the manual of the iSound-ST: I use another of the Strat’s controls as a blender poti that blends between the normal Strat sound and the fat Strat sounds. This is really what does it for me: normal Strat sound which I can beef up to any agree whenever I need more warmth. (I took the volume poti for this since I use a volume pedal anyway, and it is still possible to mute the guitar with the blender poti and the 5-way at a certain position).

Installing the iSound-ST- Is it difficult?

You need to replace one (or even two if you want, see above) poti which requires soldering of course. In fact you will have to unsolder various cables and connect them differently with the iSound-ST. It comes with a detailled step-by-step instruaction, including different pictures of the curcuit, so it is not too complicated. You don’t have to drill or change anything else as long as your guitar has Standard Strat measurements ( I cannot guarantee for any Strat like Japanese copies from the 70ies that often had different internal routings  of course).

Note that my current version of the iSound-ST features a normal split-shaft so that you can use your existing knob, no change to the look of your Strat.

Check out the iSound-ST in our shop

Sound clips will follow, as said, most of my old youtube videos feature it anyway, however, there are none demonstrating the real fat sounds. Watch out for things to come. Feel free to use the comment function of this post to ask for more details. 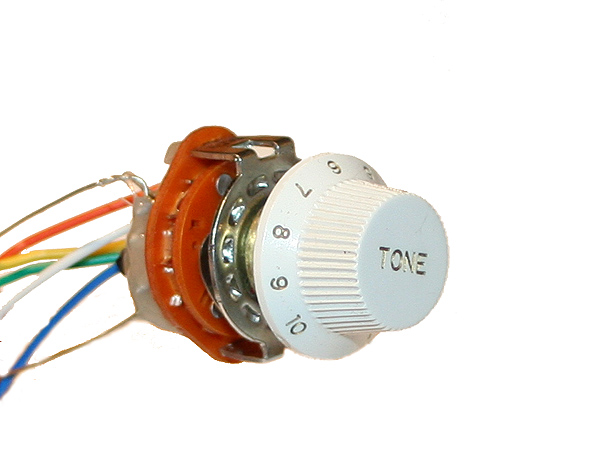 Here are a few comments from user reviews:

Dermot aka Strat61:
“If you have a few strats put this on all of them starting with your favourite one – you can’t lose.”
“The iSound-ST will give you additional extremely useful range sounds and tones regardless from Tele tones through to a beefier out phase to even a Les Paul type tone”
“Well on a decent stock strat and a good tube amp you may already be getting good out of phase DS tones, but this switch will provide additional clarity and boost to those clean out of phase tones from normal setting (thin) to stronger (thick) – now that has to be good as the normal strat out of phase tone can be sometimes too weak especially in a live setup.”
read the full review

TheWizzard:
“The new combinations are great for those old Dire Straits songs, as your guitar will sound much fatter and warmer now. But it is also very useful for other music styles too.
For me the iSound ST is one of the best sound-tools I have ever bought because it’s much easier now to get excellent tones out of your guitar and that just by turning a rotary switch.”
read the full review

6 thoughts on “The iSound-ST – New sounds for the Stratocaster – Does it help to get the Mark Knopfler sound?”