Info: This is an original 1958 Les Paul Standard. This guitar model from the late 50ies (to be precise, from 1958-60) is considered as something like the holy grail among guitar aficionados. The first Les Paul models appeared in the early 50ies and had typically a gold top and single coil pickups. Over the next years they got new features that most players prefered over the previous ones: the Gibson stop tailpiece instead of the trapez tailpiece, the new PAF (= patent-applied for) humbucker pickups, and finally a figured maple top with a cherry sunburst finish. This development climaxed with the  Les Paul Standard like Mark’s. Unfortunately at that time this model was commercially not very successful, and was for this reason replaced by the new Gibson SG in 1961. The Les Paul was reintroduced in 1968.

As many prominent guitar players played this guitar model starting from the 60ies throughout the 70ies and 80ies – e.g. Jimmy Page, Eric Clapton, Mick Taylor, Duane Allman, Jeff Beck, Mike Bloomfield, Slash – plus the fact that not too many of these were produced in those years  (ca. 1,600), the prices sky-rocketed and are today  in the region you would normally pay for  a flat or a house. Asking prices these days might be around $ 150,000 – 300,000, and Mark has even two of these, this one and a 1959.

The top of the body is two-piece maple with a centre seam, sometimes with an attractive ‘flame’ that makes the wood look almost 3-dimensional. Mark’s 1958 also has this flame pattern but not as strong as some Les Pauls have. In fact Mark once mentioned that he prefers the tone of this guitar and that maybe the guitars with plain top might sound better.

The red colour of the cherry sunburst was sensitive to ultra-violet light which means exposure to sunlight makes the red fade, the reason why some of these sunburst guitars became ‘unbursts’ (compare this blog post on this issue). Mark’s 1958 has faded more than his 1959.

The pickups were the ‘new’ hum-cancelling (humbucker) models designed by Seth Lover. Originally they all had a nickel cap but some players removed these (especially in the 60ies which changes the sound to some extent). As Gibson’s supplier ran out of black plastic bobbins, some of these were white, often mixed with black bobbins (‘zebras’). These pickups were very inconsistent and varied in output power and other specs. Harry Häussel – who also makes the pickups for our Schecter style-pickguards – digged into all the details of these pickups when he created his 1959 pickup which is ideal if you are looking for this sound (see this blog post to learn more about them.

Gibson started in the 70ies to make reissues of these legendary Les Paul model. Mark had two of these in the 80ies and recorded e.g. Brothers in Arms on one. However, when he got his 1958 he admitted that it is a huge difference and that he should have started to play the ‘real thing’ earlier. For this reason he still carries two of these valuable instruments with him on all his tours. Quote of Glenn Saggers, Mark’s guitar technician: “Stay away, don’t even look at them”. 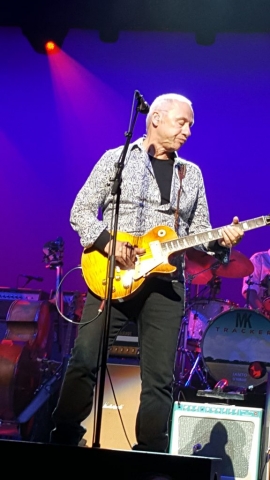 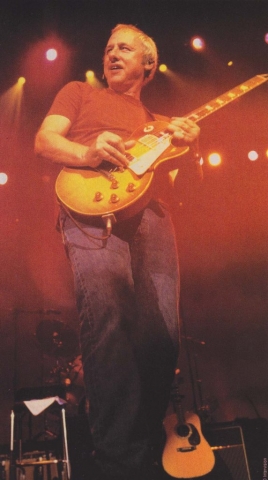 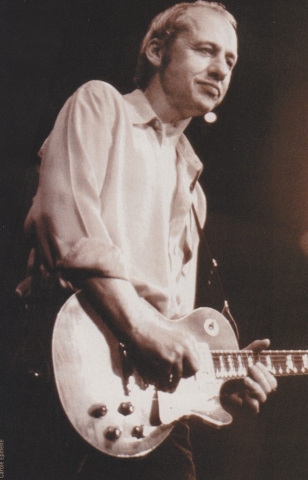 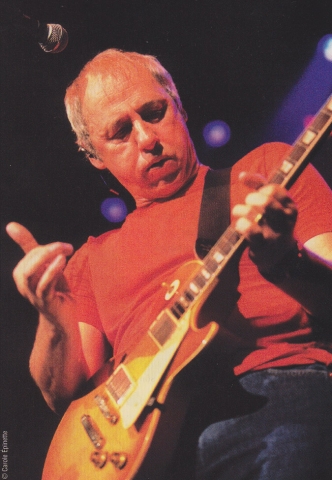