Edit 2012: I had to correct myself. These pictures were probably from the next day, October 29, 1978, when they played in Berlin (compare this blog post).

Unlike these days, when each concert is not only recorded on audio or video, not to mention all pictures made by a million people it seems, there are hardly pictures from those early Dire Straits concerts. Too bad digital cams were not invented yet.

I often see pictues on bootleg CD covers people made, or on other places, but it seems many have some problems to tell if a picture is from this year or that. In fact, for probably 90% of those old pictures it is totally unknown from which concert they were.

I am meanwhile pretty good at dating such pictures and I can narrow down them to a few weeks or a particular tour. I just have to look at amps, guitars (especially David’s), and other details. I might do another post about this later.

For now, only one very easy but a 100% consistent rule how to tell if a picture is from between 77 and October 78, or later, is to look at Mark’s guitar strap: Before October 78 Mark had a rather thin brown guitar strap, after this date, up to the end of 79, he had a wide black guitar strap (with the red Strat, there were different ones for that black Telecaster).

I have the suspicion that he got the black strap, which was manufactured by Music Man, from the Hamburg concert 78 on (October 28) because Europe’s biggest Music Man dealer and distributor was located in Hamburg. (In fact they mentioned Mark as a customer in a magazine add in the early 80ies.)

He still had the brown strap on the Paris video (October 14, 1978), but then there are pictures where I know they were from late 78 with that black guitar strap. And all these were from German magazines, and Hamburg was one of their biggest gigs so far with a lot of media attention. It is not prooven, but I would bet the following pictures are from this concert. They are all not from the internet but from my collection, so probably “unseen before” (yeah, I used to collect such things when I was a teenie, have many more 😉

BTW, there is a bootleg recording of Hamburg available but it runs at a too high speed and thus sounds really strange. If you speed it down you will notice that it is really a gem, Mark’s concentration level and spontaneity were outstanding once again.

For your enjoyment, here a few of those pics: 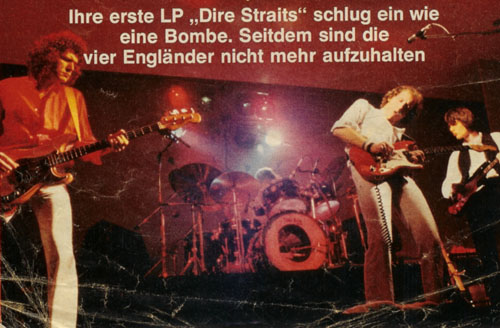 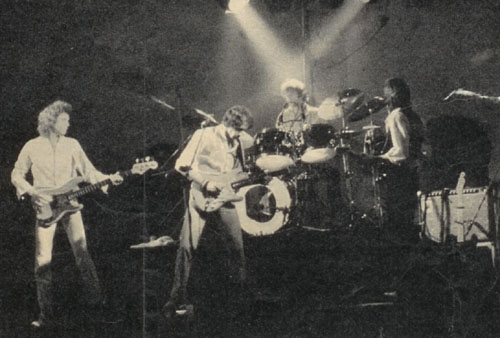 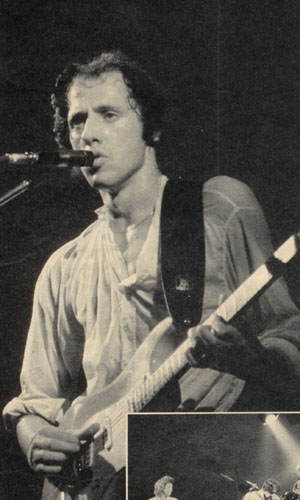 “Got a new guitar strap today”

edited: I added a sound sample from this concert (Lions), click here for more info.