The late 70ies were long before the invention of the digital camera. There would be so many more pictures of all kind of events if everyone could take pictures as easily as today. As this was not the case, the majority of all pictures of rock bands from that time were taken by professional photographers who sold them to magazines or newspapers, making their pictures public this way. For this reason  I was sure that almost all of these pictures of the early Dire Straits era have by now appeared here or there in the web and that we won’t see many new ones anymore.

It was a nice surprise that I lately found some pictures I have not seen before, like the one of a 1977 gig covered in the last blog post, or some new pictures of the gig at the Clapham Common Bandstand in Andra Nelki’s photostream at flickr  (might be covered in one of the next blog posts), or the following seven pictures from a 1978 gig that are featured with this post.

I am absolutely sure that these pictures are from 1978, approximately between late May and late July. I always base such assumptions on the gear: here we have the 80470 maple-board Strat over two Fender Twin Reverbs into Marshall cabs, pretty much the same setup as we see on the promotional video clips of Sultans of Swing and Wild West End (filmed June 12) or in the Revolver TV appearance (July 9). The Live at the BBC live CD and the ‘Barbarellas’ bootleg was also recorded during this time (July 19 and July 4).

Mark with his #80470 Strat – having the pickguard of his #68354 Strat, but without the black volume knob. That black tape (?) under the tremolo appeared only in mid 1978. I am not sure for what purpose it was, maybe to stop some vibration (?). It seems to be under the tremolo, otherwise I would have suspected it was to protect his hand against sharp edges of the bridge saddles (any more ideas ? – then use the comments function to tell us). 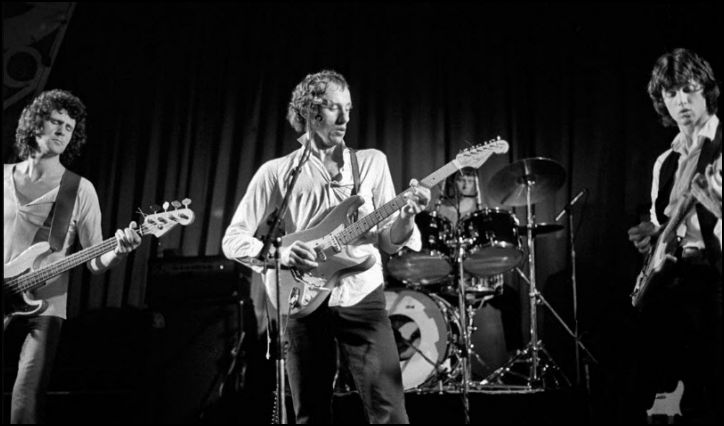 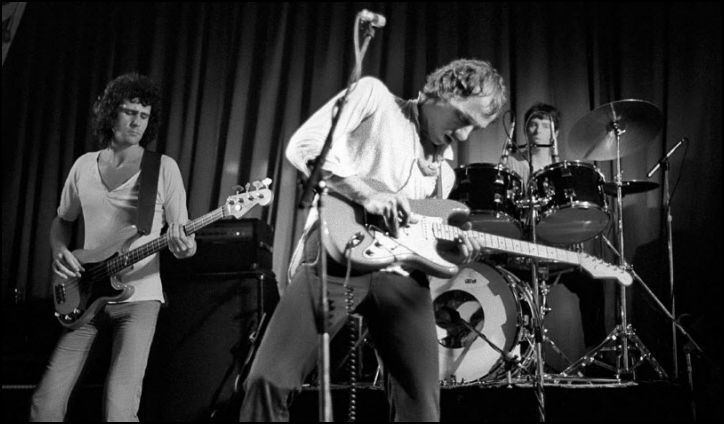 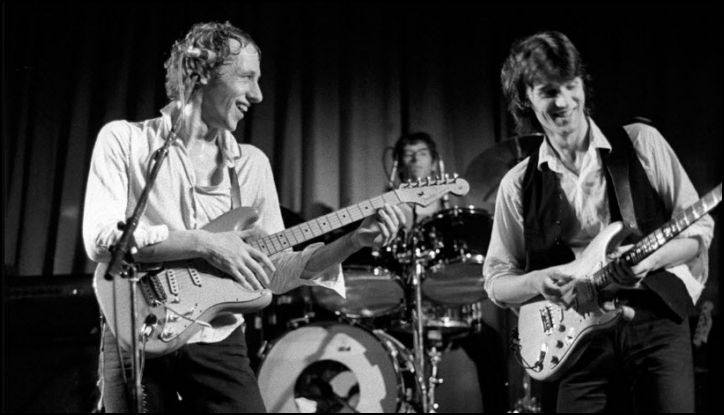 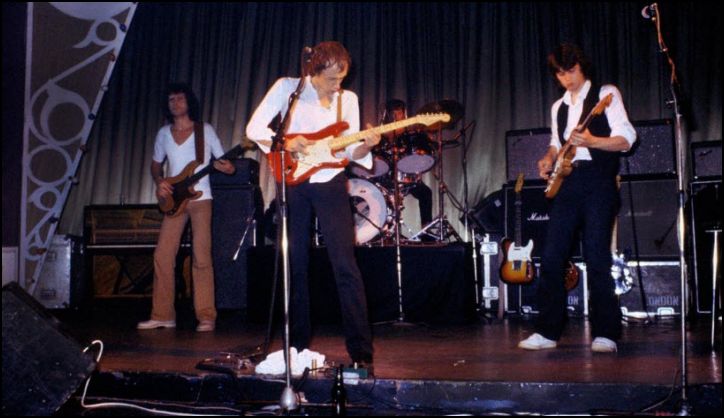 This picture shows the gear they were using at that time probably better than any other we have from this era. In the background we can see Mark’s sunburst 1966 Telecaster Custom (the earliest picture with this guitar I think), almost hidden by David but still visible is the Les Paul Special, and David’s black Telecaster Thinline.

The two Fender amps should be Twin Reverbs, both into Marshal cabs. There is another Fender amp right of these, so I would guess that Mark plays both of the Twins and David the other. 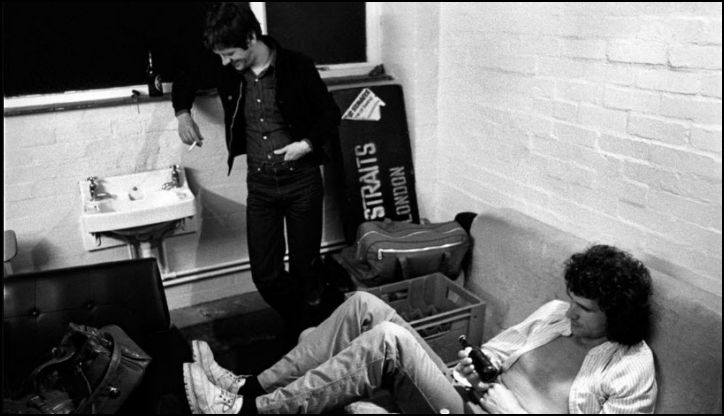 In the dressing room – lots of guitar cases, the sunburst Telecaster, a Precision Bass, Pick with his practising drum kit, and Mark tuning the red Strat.